ENZO TRAVERSO
Susan and Barton Winokur Professor in the Humanities 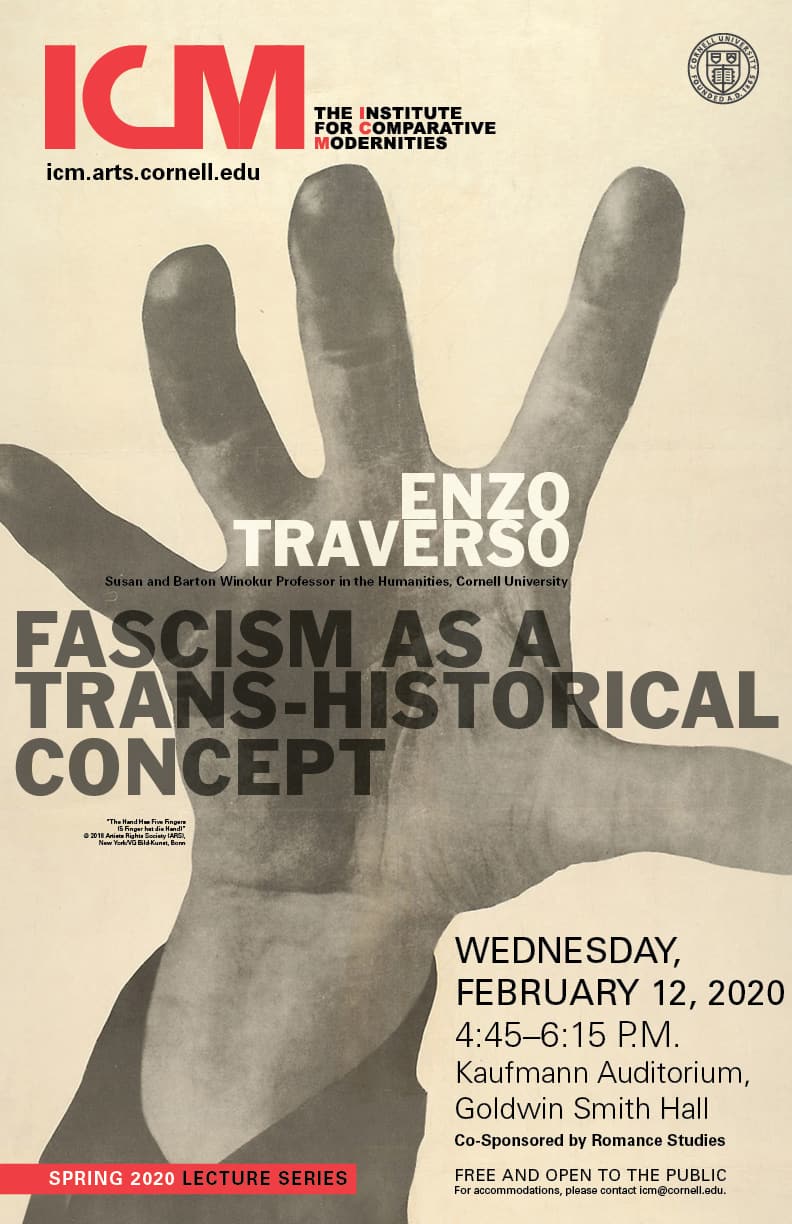 What does “fascism” mean at the beginning of the twenty-first century? The word conjures a dark interwar landscape of violence, dictatorship, and genocide. Such images spontaneously return to our thoughts as we again see the rise of the radical right on a global scale, from Europe to the US and Brazil. Yet, fascism has changed its skin. Trump ostentatiously exhibits typical fascist features—authoritarian and charismatic leadership, hatred of democracy, contempt for law, exhibition of force, derision of human rights, open racism (notably against Blacks, Latinos, and Muslims), misogynism, homophobia—but there is not a fascist movement behind him. In Europe, a xenophobic and racist wave directed against Asian and African immigrants inevitably has a neocolonial flavor and this “return of the repressed” reveals the persistence of a colonial unconscious. But the old fascist rhetoric has been abandoned: the post-fascist movements depict themselves as defenders of national identities threatened by globalization, mass immigration, and Islamic fundamentalism. A hybrid phenomenon, this “post-fascism” is neither the reproduction of the old fascism nor something wholly new; it remains in suspension between an unknown future and a haunting past.

Enzo Traverso is a historian of modern and contemporary Europe; his research focuses on the intellectual history and the political ideas of the twentieth century. He was born in Italy, studied history at the University of Genoa and received his PhD from the Ecole des Hautes Etudes en Sciences Sociales (EHESS) of Paris in 1989. Before coming to Cornell in 2013, he taught political science for many years in France. He has been a visiting professor at the Universidad Autonoma de Barcelona, the Universidad de Valencia, the Université Libre de Bruxelles, the Freie Universität of Berlin, the UNAM of Mexico City, the Universidad Nacional de La Plata and the Universidad Tres de Frebrero of Buenos Aires. His publications, all translated into different languages, include a dozen authored and edited collections. Several of his works investigate the impact of political and mass violence in the European culture. He is currently preparing a book on the representations of the Jewish intellectual in Germany, France and Italy at the turn of the twentieth century, as well as an edited book on the history of revolutions. Awarded in 2014 (Premio Pozzale, Empoli, Florence) and 2016 (Huésped de Honor Extraordinario, Universidad Nacional de La Plata), for his historical essays.